Jalandhar: Jammu resident Harpreet Singh Pintu has been acquitted in a case involving the recovery of an AK-47 rifle, a US carbine, their ammunition and other material from a corn field outside Daroli Kalan village under Adampur police station on April 23, 2011, under the Arms Act.

Harpreet Singh was acquitted by the court of judicial magistrate first class Ratandeep Singh on Friday as police did not even produce the arms and ammunition seized in 2011.

“Police case did not stand legal scrutiny and it did not even produce the seized arms and ammunition. It has become clear that Pintu and late Harminder Singh Mintu were falsely implicated in the case,” said defence counsel Advocate Jaspal Singh Manjhpur. 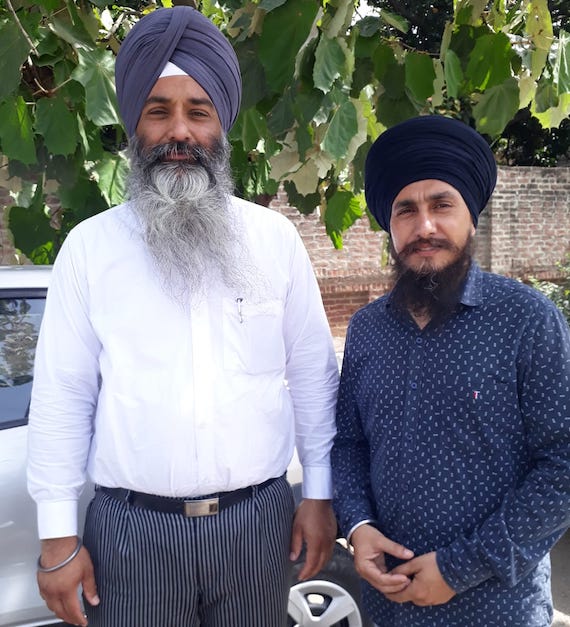 A case was registered under the Arms Act at Adampur police station after seizure of arms and ammunition from a deserted brief case lying in a corn field and no one was arrested in the case. Pintu was arrested by Jalandhar (rural) police in the first week of August from Jammu, along with Karanjit Singh Pamma from Jammu. After arresting them the police had claimed that they were part of a joint module of two allegedly Pakistan-based groups Khalistan Zindabad Force (KZF) and Khalistan Liberation Force (KLF) and they were planning some incidents. They were booked under Sections 17,18 and 20 of the Unlawful Activities (Prevention) Act and Sections 153-A,121 and 120-B of the IPC and Sections 25/54/59 of the Arms Act.

Advocate Jaspal Singh Manjhpur said after their arrest the police claimed that Harpreet Singh Pintu had confessed before police officials that the arms and ammunition seized in 2011 belonged to him and Bhai Harminder Singh Mintu and booked the duo. “Confession in police custody is not an admissible evidence and police failed to prove its case,” he said.

The police had also claimed that this “module” was controlled by Ranjit Singh Neeta of KZF and KLF chief Harminder Singh Mintu.