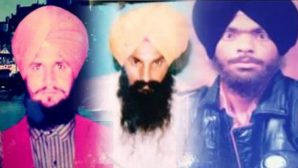 What Sikhs Should Do In Present Changed Situation? Lessons from History

Vichar Sabha Lakhi Jangal Khalsa (Talwandi Sabo) organized a discussion on "What Sikhs Need to Do in Present Times" on 9 July 2022.

A new book authored by Bhai Daljit Singh was launched in Brampton (Toronto) Canada on 18 June 2022.

Enforced Disappearance of 3 Sikh Youth: Two cops get imprisonment for life after 30 years

The Sikh Gurus swept clean the disciples' consciousness of all the entangled flimsy and complex cobwebs of mental weavings and spiritualistic vanities of the great and the vainglorious Sanskritic Scholar.

A new book authored by Bhai Daljit Singh was launched in Brampton (Toronto) Canada on 18 June 2022.

Acts Are Worthy When Guided by Principles; Without the Light of Principles, Acts Turn Misguided

The book is an ode to the unswerving believers and warriors who remain unnamed and their contribution to the Khadku Sangarsh unacknowledged. 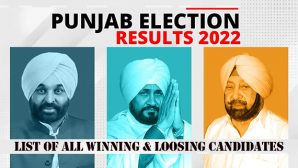 Here is list of all winning and loosing candidates for all 117 seats of Punjab State Assembly. Full Result of Punjab Assembly Elections 2022.

In a major development major political parties in Nagaland have agreed to come together to form an all-party government in the state as an attempt to find a political solution for decades old Naga conflict.

Deep Sidhu Re-Arrested in Another Case After Bail

Actor turned activist Deep Sidhu was granted bail by a Delhi court today. He was arrested by Delhi police special cell in a case registered in relation to an incident at Red Fort during Kisan Parade of 26 January.

With Around 42% Vote Share, AAP Set to Get 78% Seats in Punjab Assembly

The Union Government of India (GoI) has changed rule for appointment of members of the Bhakhra Beas Management Board (BBMB). New rules, reportedly notified on 23 February 2022 has removed the condition of appointing BBMB member (power) from the state of Punjab. Now the appointment can be from any state.  In this podcast, Sikh Siyasat editor Parmjeet Singh has discussed this issue.

The Bhartiya Janta Party (BJP) has been using social engineering as an election tool, especially in states like Uttar Pradesh and Bihar. In order to consolidate and accumulate votes and support for upcoming UP assembly elections, BJP is outreaching OBC leaders.

Gurbir Singh alias Mundi Sidhana is cousin brother of Lakhbir Singh alias Lakha Sidhiana. He could barely walk now, that too with the help of two persons. He was allegedly picked up by Delhi police from Patiala and was tortured badly in illegal police custody.

Special Coverage of Zira Sanjha Morcha : People Are Determined For Closure of Distillery

Why does the world need Khalistan?

At present, the Sikh community has proven that it symbolizes good among all other religious groups as far as social morality is concerned.