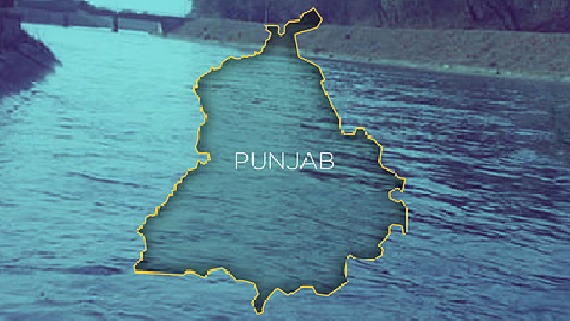 Sikh Sangat of Urban Estate Patiala held a memorial event to mark the of martyrs of June 1984 Ghallughara on June 5, 2022. During this event Sikh Siyasat editor Parmjeet Singh Gazi explained the reasons behind the 1984 Ghallughara.

Sikh sangat of Chandigarh held a Gurmat Samgam in the memory of Shaheeds of Ghallughara June 1984 in Sector 22 Gurdwara Sahib on 6 June 1984.

War and Martyrdom in Sikhi – Speech of Bhai Mandhir Singh

Panth Sewak Jatha Majha held a Gurmat Samagam at Batala on 1 June 2022 to commemorate the memory of Ghallughara June 1984 Shaheeds.

Punjab Water Crisis : What Can Be Done To Overcome It? Malkeet Singh Basant Kot

Punjab is facing deepening ground water crisis. Around 80% of rural development blocks of Punjab are overexploited in terms of extraction of ground water as compared to ground water recharge.

Panth Sewak Jatha Doaba is holding a series of samagams to commemorate the 100 years of Babbar Akali Movement. Seventh samagam under this series was held at Jhander Kalan (District Shaheed Bhagat Singh Nagar, Nawanshehr) on 5th of May 2022. Speaking during this occasion Bhai Mandhir Singh discussed the uniqueness of the history of Babbar Akali Movement.

Sikh Genocide 1984: How Genocidal Impulse Turns Your Neighbours into Enemies of Your Life?

Sikh Youth Wing, Bangalore organised a seminar on "Concerns of Sikhs in Indian Subcontinent with Panth and Punjab" at Auditorium, Sri Guru Harkrishan High School, Bangalore on 27 January 2019. This is ful video recording of speech of Parmjeet Singh during this seminar.

Panth Sewak Jatha Doaba is holding a series of event to mark 100 years of Babbar Akali Movement that had challenged British Rule in Punjab and made efforts to revive the Sarkar-e-Khalsa, or the Sikh rule.

Message by Bhai Daljit Singh on Holla Mohalla: On Need To Revive Akali Dal in Its True Spirit

November 1984 Sikh Genocide in India: How and Why It Should Be Remembered and Recognised?

How To Keep Children Attached To Mother-Language?

In this video Sikh Siyasat editor Parmjeet Singh Gazi analysis the "clip issue" and exposes the "clip politics" being played by these people, supposed to be supporters of the Aam Aadmi Party.

In his lectures at the Cambridge University in 1884, British Civil Servant John Strachey had said: "This is first thing to learn about India that there is not, and never was an India, or even any country of India possessing, according to any European ideas; any sort of unity, physical, political, social or religious".

This presentation is based on audioarticle of a writeup penned by Sikh Siyasat editor Parmjeet Singh Gazi.