How and Why Sikhs Should Remember November 1984 Sikh Genocide? Why Is It Important? 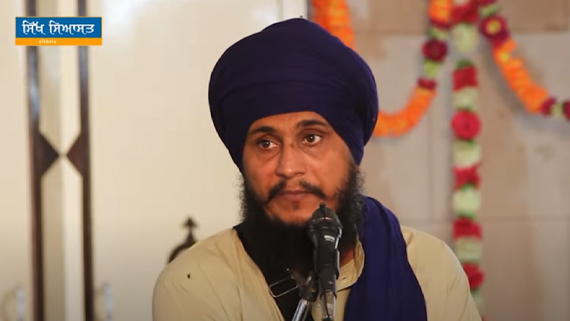 Sikh Jatha Malwa (SJM) organized a remembrance event to mark 38th anniversary of 1984 Sikh Genocide in India. A samagam was held at Gurdwara Nankiana Sahib (Sangrur) on 1 November 2022 in this regard.

How Those Responsible for November 1984 Were Brought to Justice As Per Khalsa Tradition?

Sikh Jatha Malwa (SJM) organized a remembrance event to mark 38th anniversary of 1984 Sikh Genocide in India. A samagam was held at Gurdwara Nankiana Sahib (Sangrur) on 1 November 2022 in this regard.

With India’s paramilitary in Amritsar for the 32nd anniversary of Indian Army's attack on Darbar Sahib and other Sikh Gurdwaras, survivors 200 km away challenge the prevailing narrative.

A bill seeking declaration of first week of November as 1984 Sikh Genocide remembrance week passed in second reading in the Ontario Provincial Parliament.

Like-minded Sikhs in the Diaspora are preparing to come together and announce in the next two to three months the setting up of a collective platform across at least 20 countries with around 150-200 representatives.

Simranjit Kaur's "Saffron Salvation" was first English novel about Ghallughara 1984, when it was first published in 1999. The third print of the book was released on Wednesday (Dec. 19) at Chandigarh. The second edition of the novel released in 2004.

Former Indian Prime Minister Manmohan Singh on Wednesday (Dec. 4) said that Inder Kumar Gujral's advice to then Indian home minister Narsimha Rao would have prevented the 1984 massacres, if later had heard and acted over it.

In November 1984 Sikhs were subjected to genocidal massacres throughout the Indian subcontinent. Bokaro was one of the worst hit areas where Sikh families were brutally targeted with genocidal violence. Around a hundred Sikhs were killed in Bokaro in initial days of the month of November in 1984.

The Connecticut Holds the 1984 Sikh Genocide Memorial at Global Learning Lab. The memorial comprises of a plaque, a portrait of Sant Jarnail Singh Bhindranwale and a Sikh flag.

A delegation, led by Manwinder Singh Giaspura, who had discovered in 2011 a mass grave of Sikhs massacred during November 1984 Sikh genocide at village Hondh Chillar in Haryana, met leader of opposition in Punjab Assembly here on Friday.

The Governor of Connecticut, Nad Lamont has issued a proclamation about the Sikh Genocide 1984 Remembrance Day in Connecticut. Connecticut is one of the states of United States of America (USA).

The Ontario Gurdwaras Committee (OGC) and Ontario Sikh and Gurudwara Council (OSGC) collectively commemorated the victims of the 1984 Sikh Genocide at Queen’s Park on November 7.

State of Connecticut took boldest decision by recognizing Sikh Genocide of 1984 by Indian Government. by passing legislation to commemorate November 1st as “Sikh Genocide Remembrance Day” every year and by allowing Sikhs to do annual event in State Capitol.

Commemorating the 1984 Sikh Genocide week, the Dal Khalsa held a public meet to deliberate on what they called "politics of genocide being perpetuated by Indian mainstream parties against minorities since 1984".

Sath, a students' body, held an exhibition to mark the 35th anniversary of November 1984 Sikh Genocide. The exhibition was held from 9am to 5pm in the Student Centre at Panjab University, Chandigarh.

In his famous thesis regarding ‘stages of genocide’ US based scholar Gregory H. Stanton has identified ‘denial’ as last and unending stage of genocide. He says that every genocide is followed by denial. He further points out that denial tactics may be numerous.