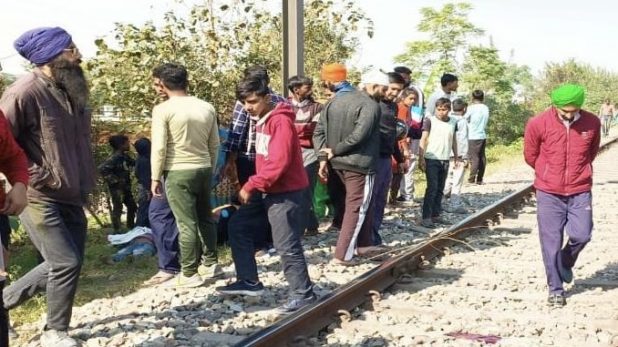 In a tragic incident three children were crushed to death under a passenger train today (27 November) when they were going to pluck wild berries.

In a rare instance Punjab and Haryana High Court granted special permissions to lawyers of Prof. Devinder Singh Bhullar to serve court notice to the Home Department of Delhi government by hand and also by registered post.

Panth Sewak Jatha Doaba is holding a series of event to mark 100 years of Babbar Akali Movement that had challenged British Rule in Punjab and made efforts to revive the Sarkar-e-Khalsa, or the Sikh rule.

On 1 October 2021 local Sikh sangat held an event was held at Sangrur. This is video recording of speech of Bhai Mandhir Singh.

In an important development, the U.S. has formed a Quad with Uzbekistan, Afghanistan and Pakistan.

Beijing has substantially expanded its economic involvement in Afghanistan since 2014. China’s investment in the country has been aimed at tapping its rich natural resources. As far back as 2007, for example, Beijing secured exclusive rights to extract copper from the Mes Aynak mine in Logar. Chinese companies have also shown interest in investing in Afghanistan’s energy sector. In 2011, the China National Petroleum Corporation (CNPC) won a $400 million bid to drill three oil fields in the Amu Darya basin for 25 years. These fields are thought to contain 87 million barrels of oil.

The Reserve Bank of India (RBI) has cautioned that bad loans of the banking system are expected to hit 11.22 per cent of the advances under a severe stress scenario. The central bank also warned about the incipient signs of stress among medium and small units, notes a report in The Indian Express.

Agriculture and Environment Center is calling for paddy reduction in Punjab in order save ground water. The Center is holding Water Awareness March and meeting environmentalists, agriculture experts and successful farmers practicing natural farming, or using farming techniques which save water.

Bhai Mandhir Singh, one of the directors of Agriculture and Environment Center, said that Jal Chetna Yatra will start on 7th of June from Darbar Sahib, Sri Amritsar. No end date is announced for conclusion of the Yatra. He said that if restrictions on gatherings etc. are lifted then a Jal Panchayat (Water Assembly) could be organized after the conclusion of this yatra.

An Indian Air Force pilot was killed in a MiG-21 fighter jet crash at Langeana village of Punjab’s Moga district in the wee hours of Friday. The pilot has been identified as IAF MCC Squadron leader Abhinav Chaudhary and he was on night training when the accident happened, reports the Indian Express.

Ideally, in a democracy, the elections should be contested on the basis of political, economic and cultural policies aimed at welfare of the society. But ...

Blaming the Delhi police for committing human rights abuses, the Dal Khalsa strongly condemns its personal for abducting and torturing Lakha Sidhana’s cousin Gurdeep Singh, who is a law student.

Disclosing this here today a spokesperson of the Punjab Government said that it was the need of the hour to optimally utilize these platforms of the modern era to publicize and promote the policies of the Punjab Government. The spokesperson said that news channels which were being run on the social media platforms of Facebook and Youtube would be covered under this policy.

“The Holocaust did not start with the gas chambers, it started with hate speech against a minority”, warned Fernand de Varennes, the UN Special Rapporteur on minority issues.