According to available information in his PIL, the petitioner has requested the Bombay High Court to issue directions to the NIA to take action against Twitter India for allegedly ‘deliberate promotion’ tweets about Sikhs for Justice (SFJ)’s so-termed campaign ‘Referendum 2020’.

Who is Hearing the Matter? 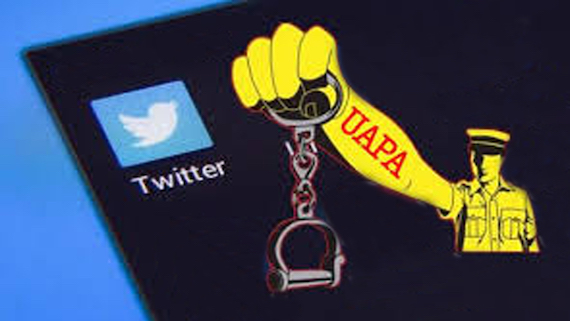 What Sort of Action is Being Prayed?

The PIL seeks wants Bombay High Court to direct NIA to proceed against Twitter India Pvt. Ltd. under section 39 (Offence relating to support given to a terrorist organisation) of Unlawful Activities Prevention Act (UAPA); Sections 107 (Abetment), 121A (Waging War against Government of India), 124A (Sedition), 153A (Promoting enmity between different groups), 153B (Imputations, assertions prejudicial to national-integration), 34 (Acts done by several persons in furtherance of common intention) of Indian Penal Code and Section 66F (cyber terrorism) of Information Technology Act.

Acting on this ‘public interest’ litigation the High Court has a legal notice to Twitter India. The Bombay high court, in a previous order on June 5, directed Twitter India to file its response within three weeks. The response is still pending.

Notably, Twitter more clearly extends information to the affected users when it receives any of the directions or orders issued by local authorities/governments to impose restrictions on some user’s account. Other social media giants extend such information in generic terms extending minimal information and avoiding to name concerned authorities.

HOW UAPA IS BEING MISUSED – EXCLUSIVE TALK WITH ADVO. JASPAL SINGH MANJHPUR: