China-India Accuse Each Other of Border Violations; Tensions Rise, Talks On

Chandigarh: Tensions between China and India again have flared up again, with both Asian powers accusing each other of trying to seize territory across their disputed Himalayan border which is called ‘Line of Actual Control (LAC)’.

An Indian army statement on Monday alleged that China had carried out “provocative military movements” in the border area overnight from Saturday to Sunday, notes Aljazeera.

Indian troops pre-empted Chinese army’s activity on the Pangong Tso Lake in Ladakh, part of which was transgressed by the Chinese soldiers in May, the Indian Army statement reportedly said, adding that Indian troops took steps to thwart the Chinese attempt to “unilaterally change” facts on the ground. 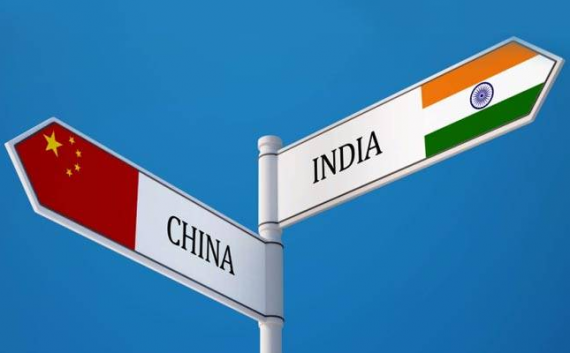 India’s Ministry of External Affairs (MEA) Spokesperson Anurag Srivastava on Tuesday (Sept. 1) stated that China had engaged in provocative action on August 31 along the LAC, even as the ground commanders of the two sides were in discussions to de-escalate the situation.

Addressing a media briefing, Anurag Srivastava said that due to the timely defensive action, the Indian side was able to prevent these attempts of the Chinese troops to unilaterally alter the status quo.

Both India and China are saying that they are in regular touch through military and diplomatic channels. Still, after three months, complete disengagement is nowhere in sight. India has been consistently demanding that status quo of April be restored. I wonder if there is any comment from your side?

On the boundary issue that is left over from history, China always believes that a fair and reasonable agreement can be reached by the two sides through peaceful and friendly consultations. For some time, the two sides have been in touch and in talks at various levels and making efforts to seek peaceful settlement to the boundary issue and jointly safeguard peace and stability of the border areas.

But on August 31, in violation of the consensus reached by China and Indian through talks and meetings at various levels, the Indian troops again illegally crossed the LAC at the southern bank of the Pangong Tso Lake and near the Reqin Mountain, which are in the western sector of the China-India boundary. Their flagrant provocations again led to tensions. The Indian side has severely undermined China’s territorial sovereignty, breached bilateral agreements and important consensus, and damaged peace and tranquility at the border areas, which runs counter to the recent efforts made by both sides for de-escalation of tensions on the ground. China firmly opposes such a move and has lodged stern representations with the Indian side. We urge India to immediately stop all provocations, withdraw its troops who illegally crossed the LAC, and refrain from any moves that may escalate tensions or complicate matters.

Chinese and Indian military commanders held talks for a second day on Tuesday (Sept. 1) as rival soldiers confront each other at their contested Himalayan border in Ladakh, bringing fears of a military escalation.

Indian Army Says No Infiltration by PLA in Ladakh’s Chumar:

In a statement, the Army maintained that it was routine peacetime activities on China’s side of the LAC and “the same cannot be inferred as an intrusion attempt”.