The leaders’ nine-day mobilisation move called ‘Insaaf March’, which had begun from Takht Damdama Sahib, Talwandi Sabo, on December 8, ended at the Mehmadpur grain market after covering 180 km and 54 villages. 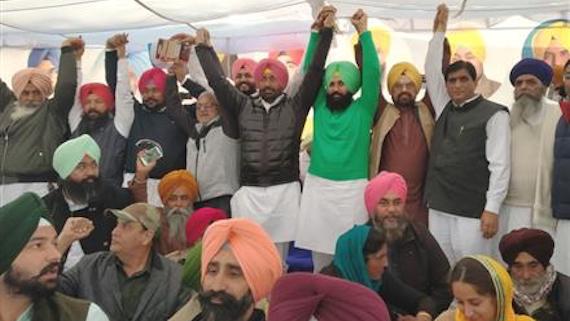 Asserting that a pro-Punjab political outfit was the need of the hour, the leaders vowed to continue seeking justice in the cases of sacrilege of Guru Granth Sahib and the Behbal Kalan police firing.

“In case justice is not delivered, we will announce an action plan on the occasion of Maghi Mela in January,” they added.

United Akal Dal (UAD) leader Mohkam Singh was also on the stage when the announcement of formation of alliance was made yesterday.