Chandigarh: India-Nepal relationship is moving fast towards the edge. It all started with Nepal releasing a new political map of the country which included certain areas as parts of Nepal which are also claimed by India. Last week a bill was moved in Nepal’s parliament to amend the constitution of Nepal in accordance with the new political map. The bill is unanimously passed by the lower house of Nepal parliament.

Notably, India had reacted angrily last month to Nepal showing the three areas as Nepalese territory in the new political map and cautioned the country that saying such “artificial enlargement” of territorial claims will not be acceptable to it.

But now moving to check the slide in ties with Nepal, Indian government sources reportedly indicated Monday that New Delhi is willing to hold talks with Kathmandu on the boundary dispute if the KP Sharma Oli government there creates a “conducive atmosphere” and “positive situation”.

A report in The Indian Express (IE) quotes ‘government sources’ saying that “feelers have been sent to the Oli government to pause the process of getting parliamentary sanction for the country’s new map and come to the table for talks”.

What is India-Nepal Border Conflict? Why It Flared up Now? Special Talk with Ajaypal Singh Brar 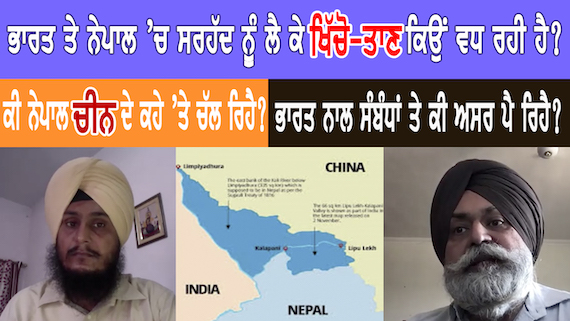