Chandigarh: Chinese and Indian soldiers were engaged in a standoff in several areas along the Line of Actual Control (LAC) in Ladakh region for close to a month now. While China has been in aggressive mood, India is playing defensive.

On Tuesday (June 2), India’s defence minister Rajnath Singh admitted that a sizeable number of Chinese troops have moved into eastern Ladakh region. He maintained that India has taken all necessary steps to deal with the situation. 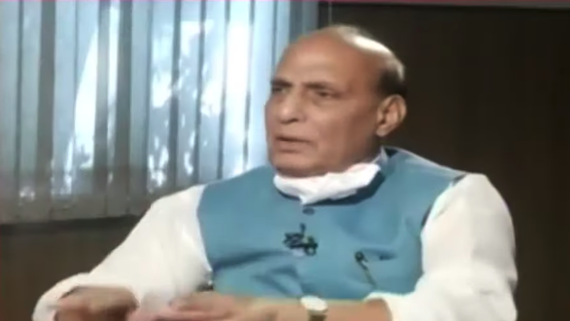 Rajnath Singh had talked to Aaj Tak few days back but in that interview he had deflected the question regarding advancement of Chinese troops.

In another recent TV interview he reportedly said:

“Whatever is happening at present… It is true that people of China are on the border. They claim that it is their territory. Our claim is that it is our area. There has been a disagreement over it. A sizeable number of Chinese people have come there. India has done what it needs to do” (Source: India Today). 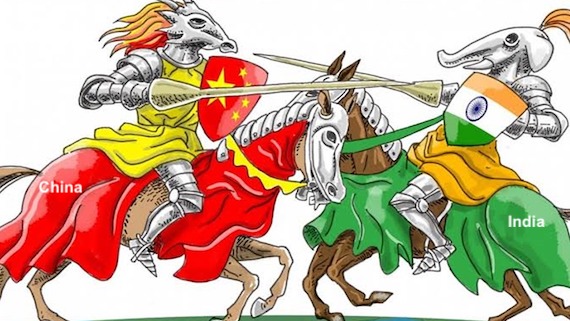 The two major areas where the Indian and Chinese soldiers are deployed in strength on the LAC in eastern Ladakh are in Pangong Tso and the Galwan Nala.

A report in The Print says: “[t]he Indian Air Force (IAF) has also increased its flying in Ladakh with a mix of Sukhoi and Mirages even as the Chinese have increased flying on their side”.

India and China will start a fresh round of military talks on June 6, bringing senior commanders to the table.

The next meeting, as per media reports, will be between Lt General-level officers from both sides, with the Indian delegation being led by the Corps Commander of the Leh-based XIV Corps.

A report in Indian Express has referred to undisclosed sources while reporting that “a meeting between Major General-level officers from both armies had taken place Tuesday, where the Indian side was represented by the GOC of Leh-based 3 Mountain Division”.

As per a report in Deccan Chronicle (DC), Russian Deputy Chief of Mission (DCM) in Delhi Roman Babushkin told a TV channel, “Of course, we are worried with the current situation at the Line of Actual Control (LAC). However, as we know, there are dedicated specific mechanisms developed by both countries (India and China) including hotlines and special representatives’ dialogue and even informal summits. We are confident that the India and Chinese friends are duly equipped to find a way out for mutual satisfaction. We would encourage every endeavour in this regard”.

Statement by US Committee on Foreign Affairs:

A June 1, 2020 Representative Eliot L. Engel, Chairman of the House Committee on Foreign Affairs, USA made the following statement:

“I am extremely concerned by the ongoing Chinese aggression along the Line of Actual Control on the India-China border. China is demonstrating once again that it is willing to bully its neighbors rather than resolve conflicts according to international law. Countries must all abide by the same set of rules so that we don’t live in a world where “might makes right.” I strongly urge China to respect norms and use diplomacy and existing mechanisms to resolve its border questions with India.”