Mumbai: It is been learned that a law student from Mumbai on Tuesday moved the Supreme Court of India in a bid to save Gurdwara Gurudongmar in Sikkim from demolition.

Petitioner Amritpal Singh Khalsa sought an urgent hearing before a Bench headed by Chief Justice of India Dipak Misra. The Bench agreed to take up the petition for Wednesday. 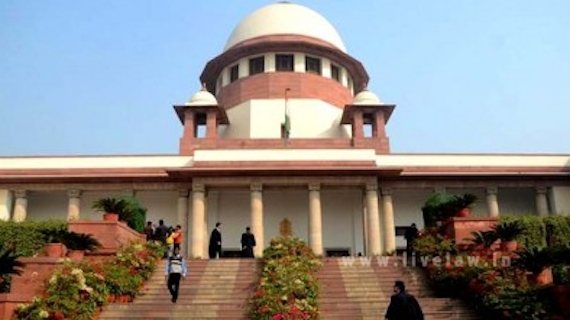 Amritpal Singh Khalsa  a resident of Ulhasnagar in Mumbai — alleged that the state authorities illegally removed Shri Guru Granth Sahib from the site to demolish the gurdwara in the name of renovation, media reports said.

As reported by the media sources before commencing the hearing upon the petition filed the Bench asked the petitioner Amritpal Singh Khalsa as to why he did not move the Sikkim High Court and chose to approach the SCI. He said it was due to the extreme urgency, the “imminent threat” of demolition of the gurdwara and the fact that it would take time to travel to Sikkim.

“Books and documents indicated that Guru Nanak had visited the place where the gurdwara was situated”, reads the statement of petitioner published in an English vernacular.

Furthermore, the bench has reportedly asked  him to serve a copy of the plea on the state’s standing counsel. Ajmer Singh Randhawa, a resident of New Delhi, is the co-petitioner. Khalsa and Randhawa are being guided by advocate Ajay Kumar.

The duo accused the authorities of removing Shri Guru Granth Sahib from the gurdwara without following the religious code of conduct (maryada) and not giving prior intimation to the priest, notes The Tribune (TT).