Germany: A senior official in Indian Consulate in Germany was questioned by Sikhs during his visit to Gurdwara Sahib in Tubingen. Indian official was questioned about registration of cases against Sikh youth in Punjab under draconian UAPA law. 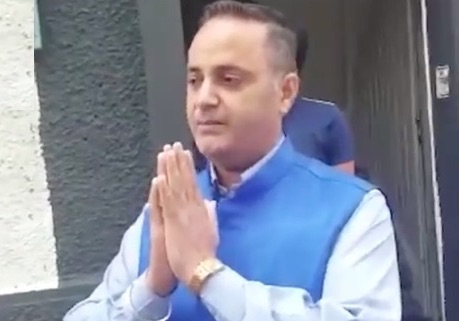 A video sent Sikh Siyasat by local sources show that the Indian official was saying that he was there to help people with issues related to their passports and visas but Sikhs determinedly told him to hold gatherings for such purposes at any other place as such activities or propaganda was not allowed inside the Gurdwara Sahib.

Notably, Germany authorities have charged many Indian agents for spying on Sikhs. In one such trial an Indian couple was recently found guilty to spying on Sikhs. Another R&AW (India’s external intelligence agency) agent named Balbir Singh is presently facing trial in a Frankfurt court.