Chandigarh: The Bhartiya Janta Party (BJP) has been using social engineering as an election tool, especially in states like Uttar Pradesh and Bihar. In order to consolidate and accumulate votes and support for upcoming UP assembly elections, BJP is outreaching OBC leaders.

While UP chief minister Yogi Adityanath’s recent meeting with Indian PM Narendra Modi and BJP president J.P. Nadda, and with Indian Home Minister Amit Shah was largely viewed in perspective of a possible cabinet reshuffle in UP, the meeting of Amit Shah with Apna Dal chief Anupriya Patel and Nishad party chief Sanjay Nishad set the ball rolling for BJP’s political alignment to take on an aggressive opposition before upcoming assembly elections. 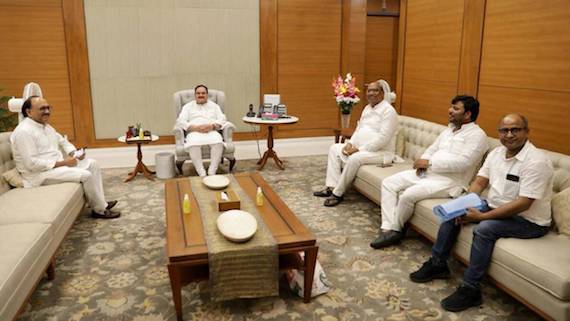 Uttar Pradesh is one of the five states going to have assembly elections next year.

Apna Dal, the OBC (Kurmi) dominant political outfit, has been with the BJP since 2014.

“The Nishad party, essentially representing the Most Backward Classes (MBC) sub-caste of fishermen, having influence in parts of east UP, joined the saffron bandwagon ahead of 2019 Lok Sabha elections, with Sanjay Nishad’s son Praveen successfully contesting from Sant Kabir Nagar on BJP ticket”, a report in Times of India (ToI) notes.