New Jersey: The Sikh Research Institute (SikhRI) has announced the first official release of The Guru Granth Sahib Project (TGGSP) website (app.gurugranthsahib.io) on September 1 to coincide with the First Prakash Purab (Illumination day) of then known Adi Granth in 1604. The project seeks to make a timeless treasure-house accessible for today’s seekers, scholars, and techies to connect with the Sabad-Wisdom.

“Three years ago, the Guru Granth Sahib Project was envisioned as a curative-collaborative effort. Its research and development phase has completed eight different Banis (Compositions). Its technology, UX paradigm, and user persona were developed in the last few months. The current team consists of 31 members”, SikhRI press release states. 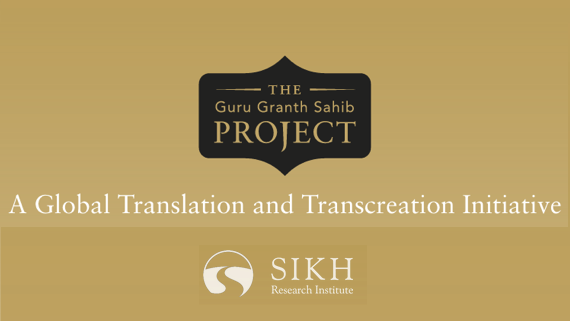 “I consider SikhRI to be a leading research organization with 18 years of demonstrable record in delivering several key projects in educational resources. When they approached me about starting TGGSP, I took this on as a challenge that intermixes content, technology, and marketing. If we get this right, and I believe we will, this will become the most important initiative to scale Sikh teachings for global audiences,” remarked Prof. Mohanbir Singh Sawhney, global IT Marketing expert, and TGGSP Strategic Alliance partner.

“Translations, currently available in Panjabi and English of the Guru Granth Sahib, limit the profound depth, cultural opulence and poetic genius so eloquently revealed in the Guru Granth Sahib. In awe and reverence, we have attempted to converse and draft the verbiage that we hope is capturing the letter, message and spirit of the original language of the Guru Granth Sahib,” shared Dr. Ishmeet Kaur Chaudhry, Assistant Professor of English literature and TGGSP’s English Reviewer.

In reflecting on the project’s vision, SikhRI Co-Founder and TGGSP Project Lead, Harinder Singh, said, “We are disrupting the Sikh theological space which is currently caught between binaries created by men. This is the first effort in history to include the female perspective in developing an understanding of the Sikh canonical text enthroned to the Guru-Perfection. The process intentionally integrates a diverse array of schools of thought, acknowledges their strengths and biases, and builds on the collective knowledge transfer to expand them for current times. It is for teenagers and seniors, for the religious and the atheists, and so on.”

“We are excited to release complete work to date on Asa ki Var: it is about 300,000 words (equivalent of 629 pages). We will be releasing Banis in the coming weeks on TGGSP site”, reads SikhRI press release.