London: UK Parliament is set to debate on ongoing Farmers Protest in India. The debate will be held in House of Commons on March 8 at 4:30 pm (UK Time).

It is notable that British Parliament’s Petitions Committee has decided to hold a Westminster Hall debate in the House of Commons complex on the issue of farmers protests and press freedom in India after an online petition attracted over 1,06,000 signatures. 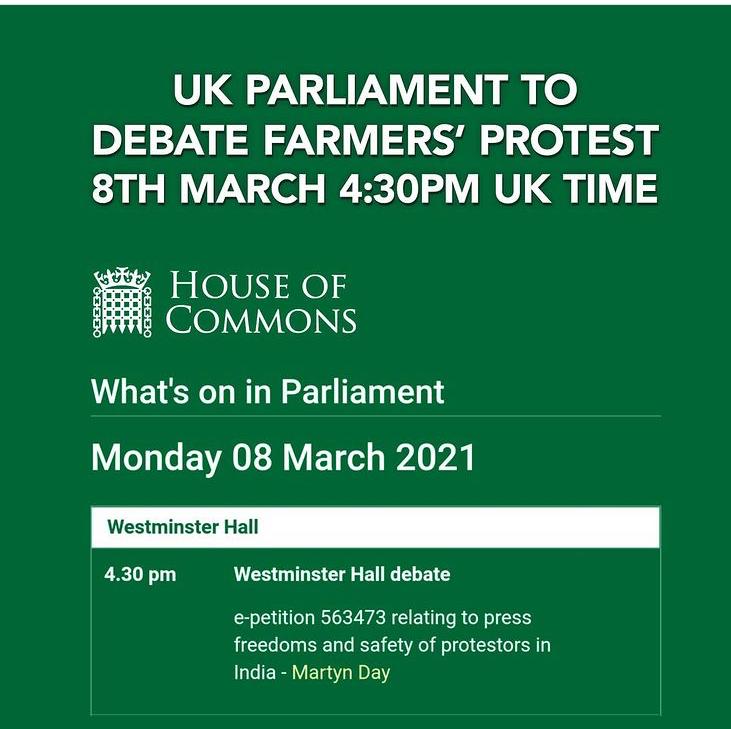 It may be recalled here that the Government of India has been raising objections against comments and remarks by foreign leaders about farmers protests in India. India has even objected to tweets by some internationally famous personalities.

It is notable that ongoing farmers protests at the borders of Delhi have attracted attention of the international community. Lakhs of farmers are protesting on roads leading to Dehi for more than past three months. They are demanding roll back of newly legislated farming laws, which they term as “death warrants” for farmers. They want government to give them legal assurance regarding price of their crops.