Which Canada MPs are Speaking About Issues Important to Sikhs?

Chandigarh –  The World Sikh Organization of Canada has examined key issues with respect to Sikhs in the Parliament of Canada from January 2018 until now to determine which MPs have been raising those issues.

January 2018 was used as the starting point in recognition of PM Trudeau’s India trip in February 2018 which put Sikh Canadian issues at the forefront, and signalled a greater focus from Sikh Canadians on the ability of MPs to speak on important community issues. This analysis captures approximately the last three years of activities, and provides a snapshot more reflective of the current political climate.

Although statements and questions by MPs in the House of Commons are only one way of raising issues concerning the community, they are incredibly important.

Though we did look at all the Sikh issues MPs spoke about, we focused more closely on the following four issues:

1. The settlement of Afghan Sikh & Hindu refugees in Canada;

2. The addition of “Sikh (Khalistan) Extremism” to the 2018 Public Safety Terror Report,

Despite the fact that there are 17 Sikh MPs (12 Liberal, 4 CPC and 1 NDP), the most vocal MP with respect to Sikh issues is Conservative Garnett Genuis (Edmonton Sherwood Park). Garnett has raised a variety of issues with respect to the Sikh community, including the plight of Sikhs in Afghanistan, the addition of “Sikh (Khalistan) Extremism” to the 2018 Public Safety Terror Report or Quebec’s discriminatory Bill 21.

The second most vocal MP on Sikh issues is Liberal Sukh Dhaliwal (Surrey Newton) who successfully advocated for the Sikh Heritage Month Act which takes place in April of every year.

In addition to the key issues identified above, it is notable that since 2018, only four MPs have spoken to commemorate the tragic events of 1984 and only one MP, NDP Tracey Ramsey (Essex), has used the term ‘1984 Sikh genocide.’

The WSO has previously expressed concern that while Prime Minister Justin Trudeau, as leader of the Liberal Party in 2014, issued a statement calling “on the Indian government to pursue the truth, pursue justice for those who carry the scars of 1984, and pursue accountability for all people of India”, since becoming Prime Minister in 2015, no subsequent statement has been issued.

A Summary of the Results is below: 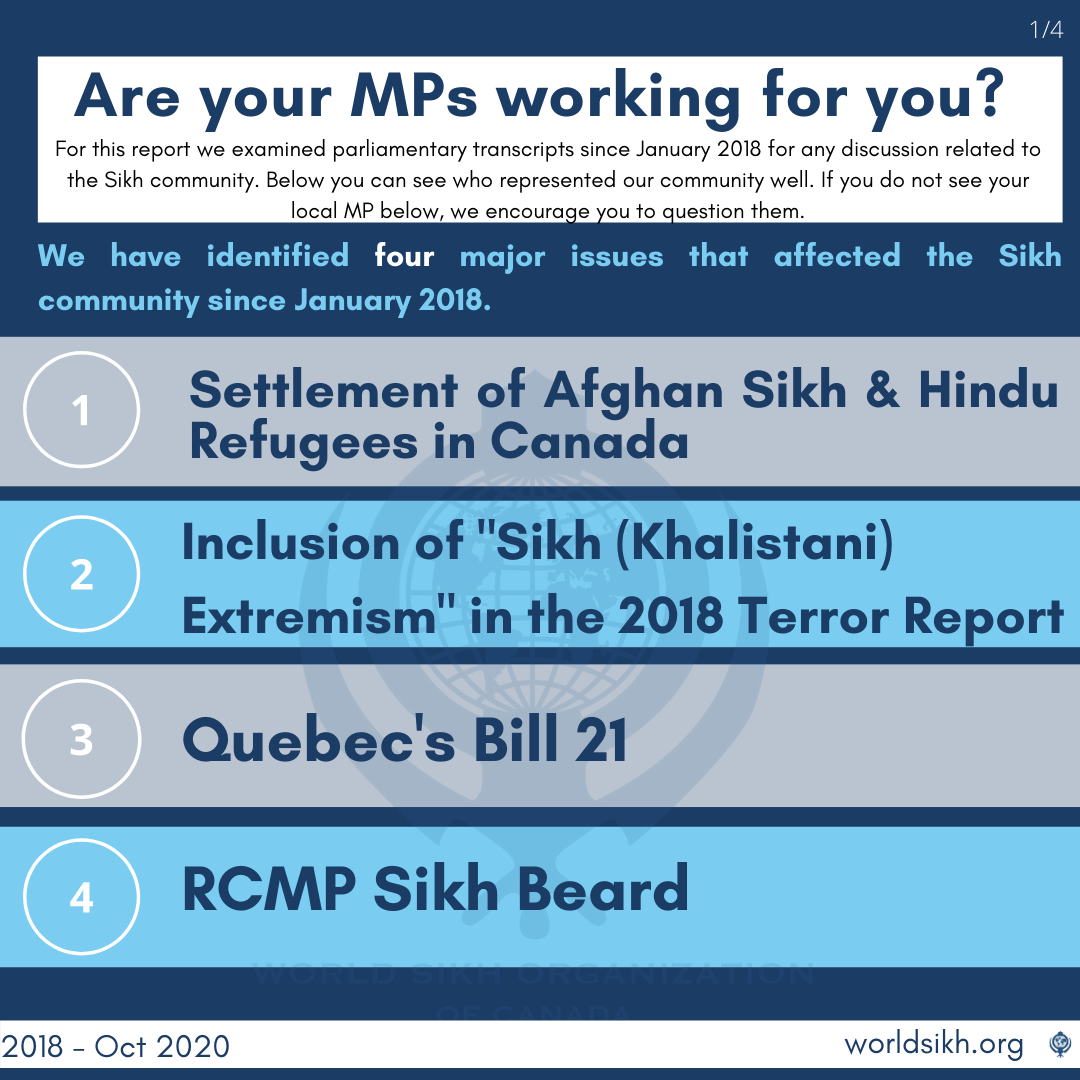 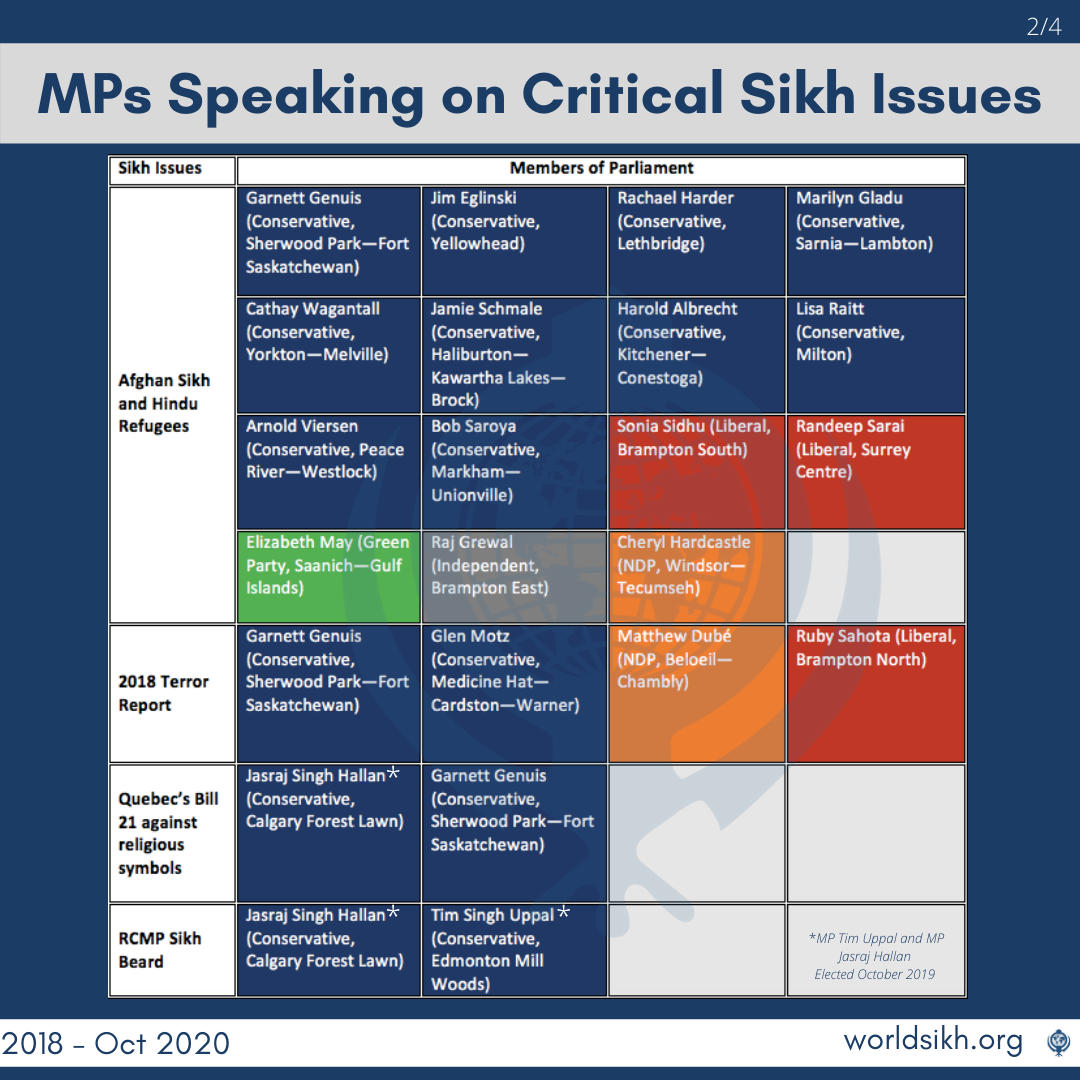 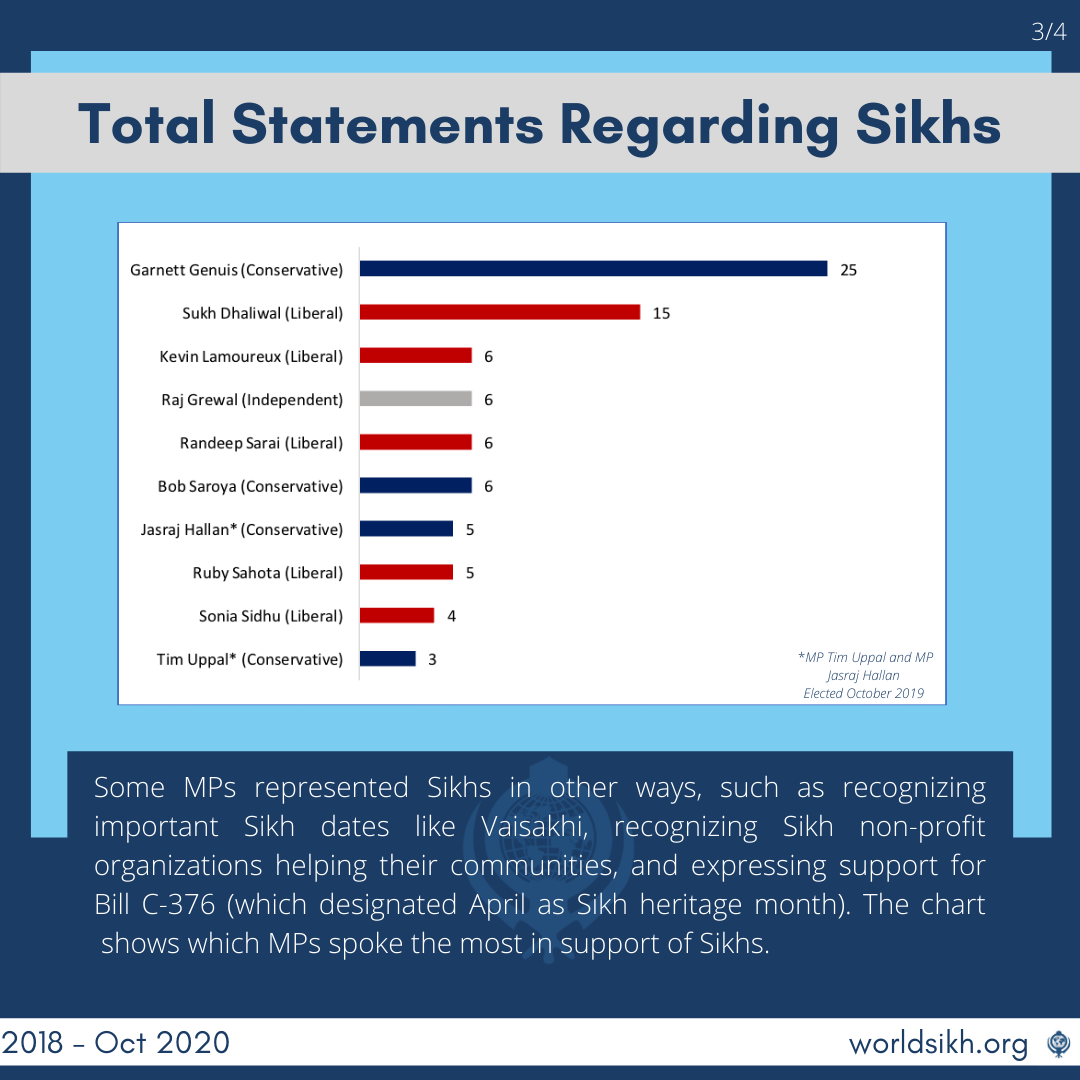 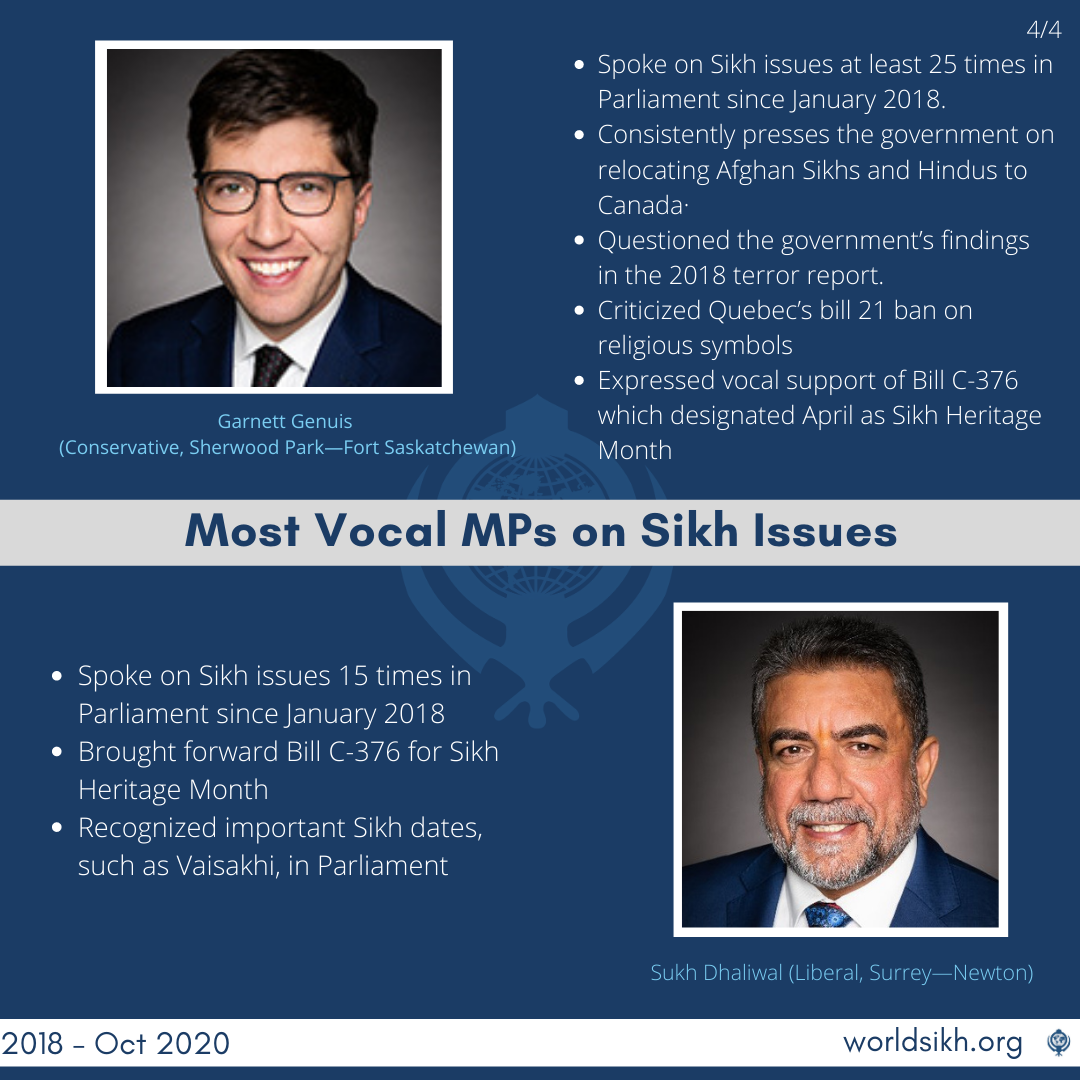