Bhagta Bhai, Punjab: The administration of the Shiromani Gurdwara Prabhdandak Committee (SGPC) has once again come under serious questions after it is revealed that some Dera Sauda Sirsa followers were running businesses in SGPC owned shops in Bhagta Bhai town in Moga district of Punjab.

The issue of dera leaders running businesses in SGPC owned shops came into light when the SGPC locked down two shops after the concerned shopkeepers were arrested by the Punjab police in relation with incidents of Beadbi of Guru Granth Shaib.

Notable, a directive issued by the Akal Takht Sahib had directed Sikhs to not have any social, political or economic ties with those linked with Dera Sauda Sirsa in wake of its anti-Sikh activities. The directive was issued in 2007 after Dera chief attempted to personify himself as Guru Gobind Singh Ji, whereas personification of Sikh Gurus is strictly forbidden in Sikh tradition. SGPC’s move to allow dera followers to run businesses from SGPC owned shops amount to clear violation of the directive of Akal Takht Sahib. 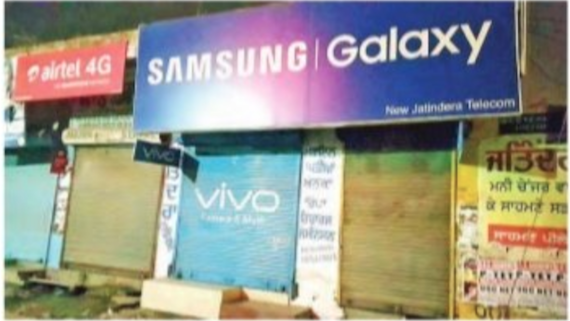 A news in Punjabi Tribune newspaper notes that the lockdown was carried by a team led by flying in-charge Kuldeep Singh Rode, Supervisor Baldev Singh, flying member Angrej Singh. Another report in another Punjabi vernacular Punjabi Jagran notes that Iqbal Singh, manager of Bhagta Bhai Gurdwara Sahib, said that the shops are locked till further orders.

The shops are owned by the SGPC, which is under control of Shiromani Akali Dal (Badal). These shops are located in Bhai Bhagta bus-stand and were lent by the SPGC to dera Sirsa premi (follower) Jatinderbir Jimmi and Kuldeep Singh. Due are arrested by the Punjab police in relation with incidents of Beadbi of Guru Granth Sahib. The two shops were already locked due to arrest of concerned shopkeepers when the SGPC carried out the lockout process.