Enforced Disappearance of 3 Sikh Youth: Two cops get imprisonment for life after 30 years 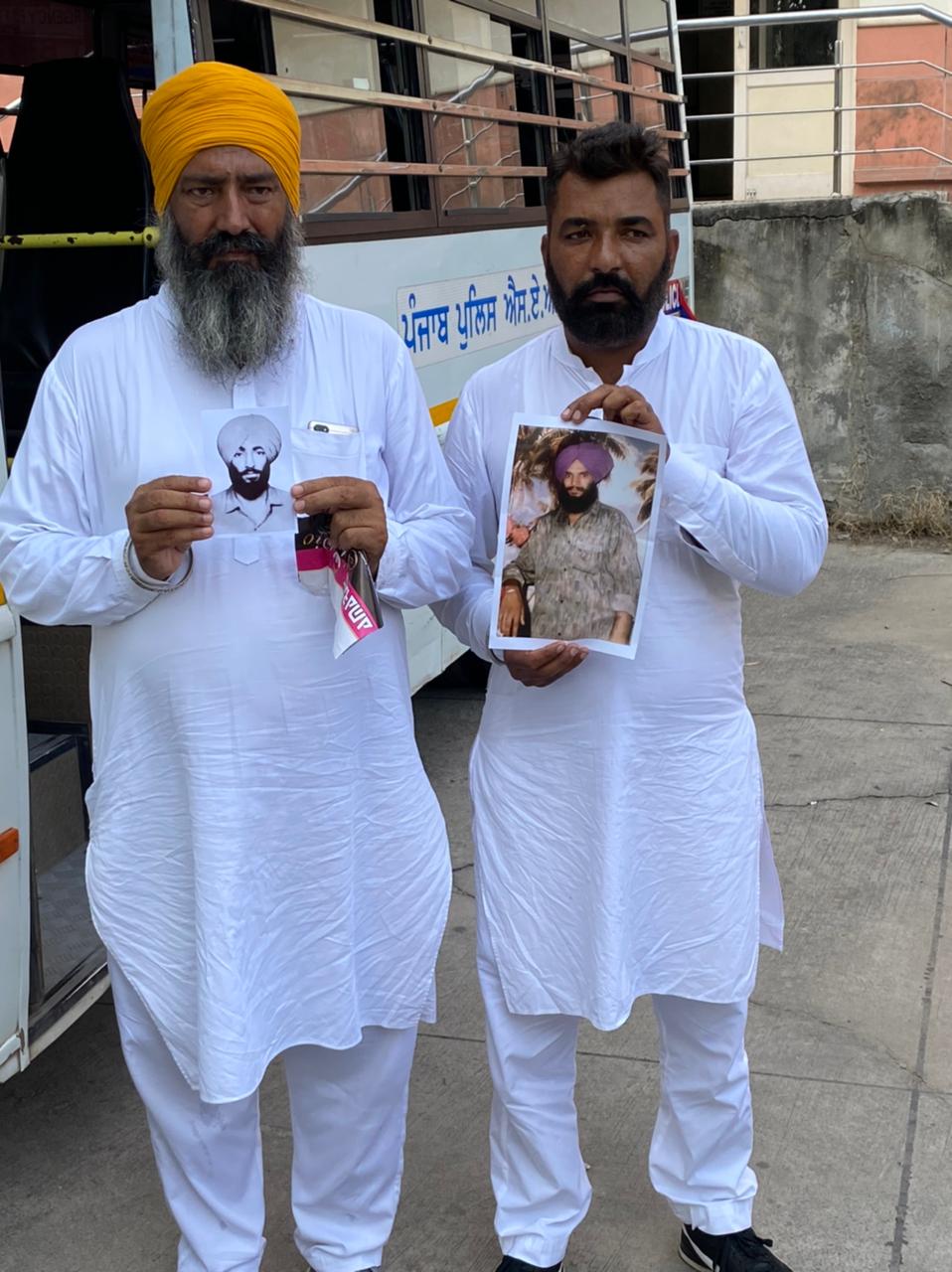 Kins holding photos of their family members killed by police 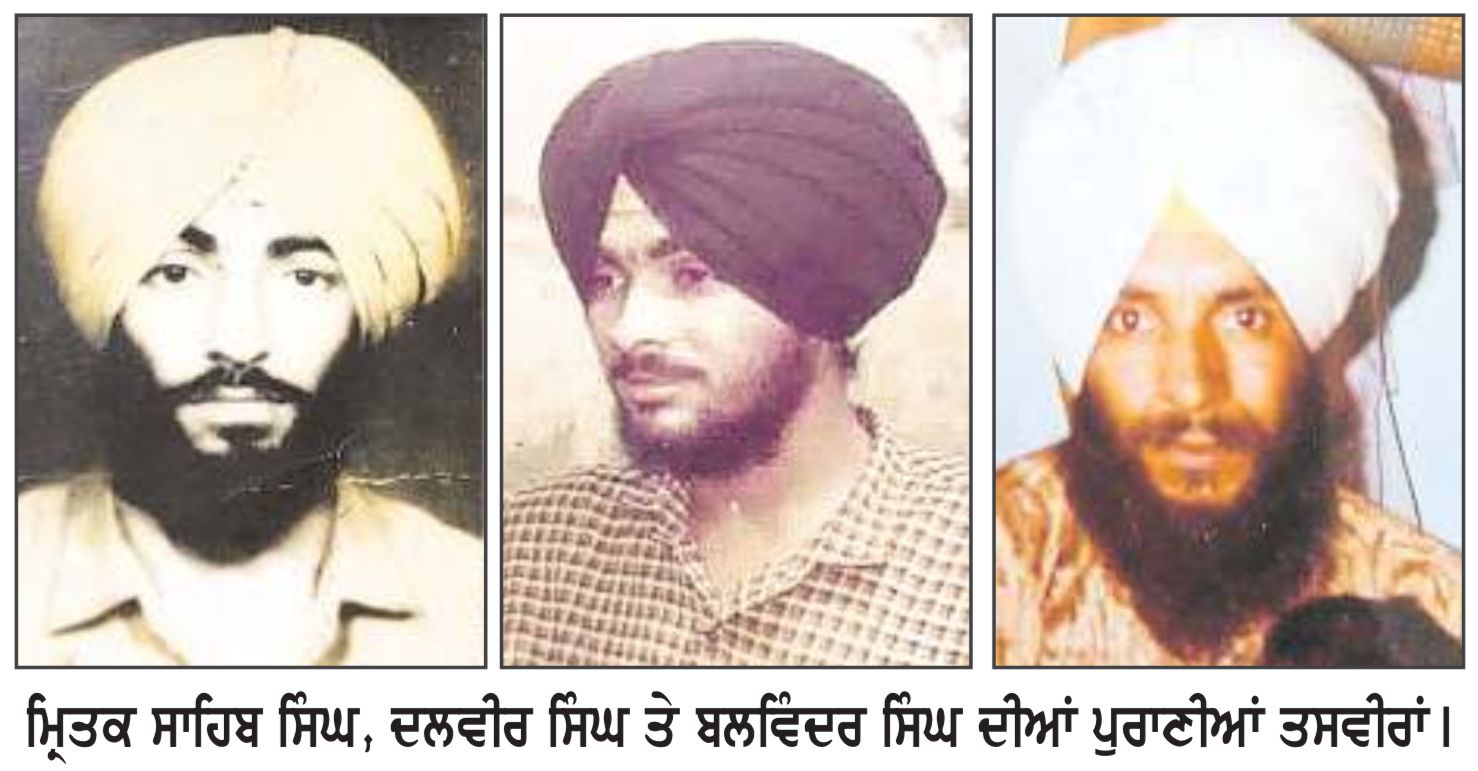 1. Sahib Singh,
2. Dalbir Singh,
3. Balwinder Singh
4. alongwith a fourth unidentified person were killed in a fake encounter on the.

Total fine of which 1 Lakh compensation awarded to the kin of each of the victims families. 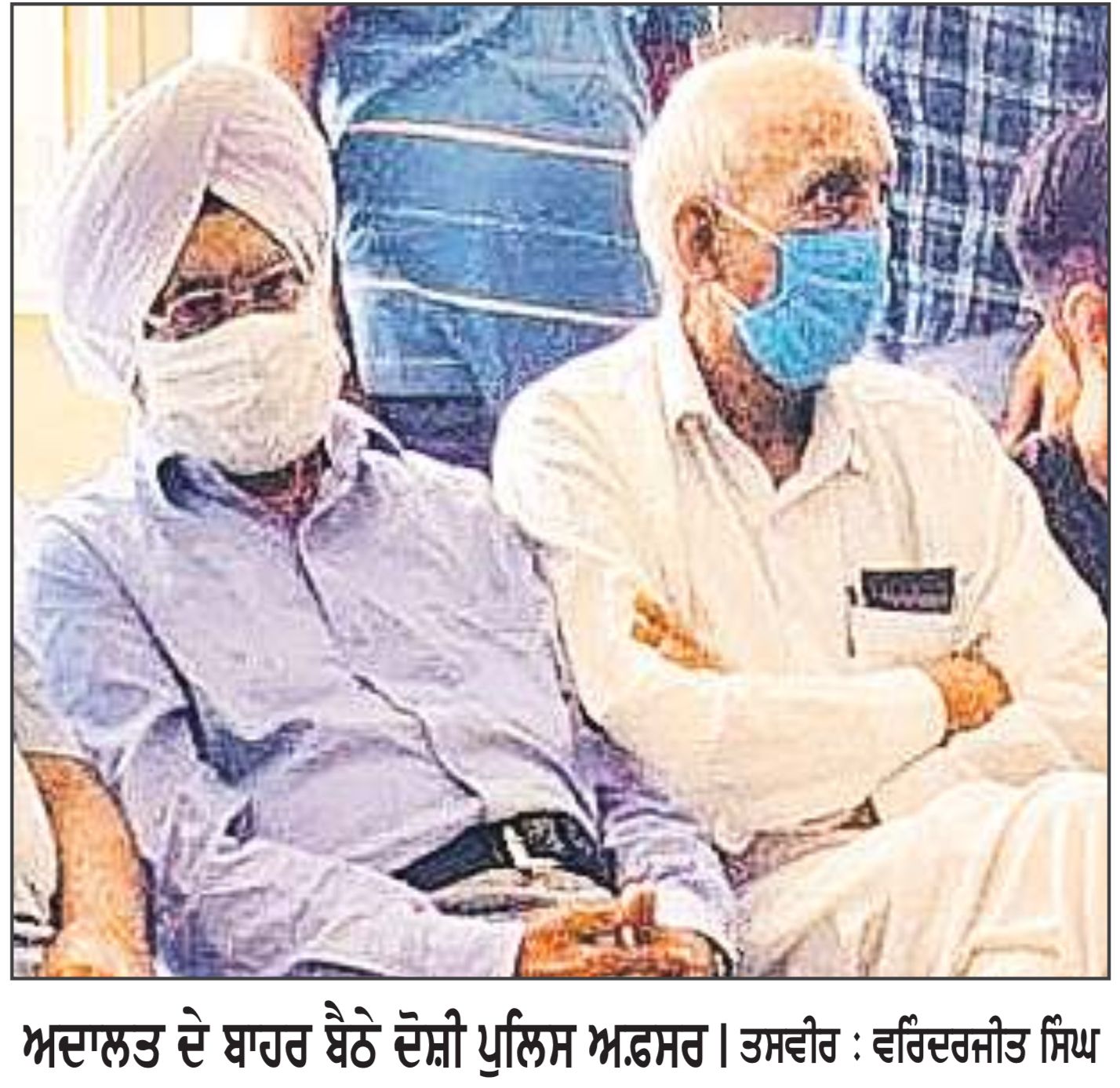 The four were brutally murdered on the night of 13.9.1992 in village Dhar-Deo, PS Mehta by a police party headed by then Inspector Rajinder Singh, SHO, PS Mehta alongwith then SI Kishan Singh (now retired DSP), Tarsem Lal then SI and other police personnel numbering about twenty.

The post mortem reports in this case proved the Punjab police knew the identity of the victims.

The dead bodies of all four persons were illegally cremated at Durgiana Cremation Ground/Sheetla Mandir, Amritsar as unclaimed unidentified after postmortem from Medical College, Amritsar through HC Vijay Kumar and C.Bhagwant Singh of PS Mehta, Amritsar. 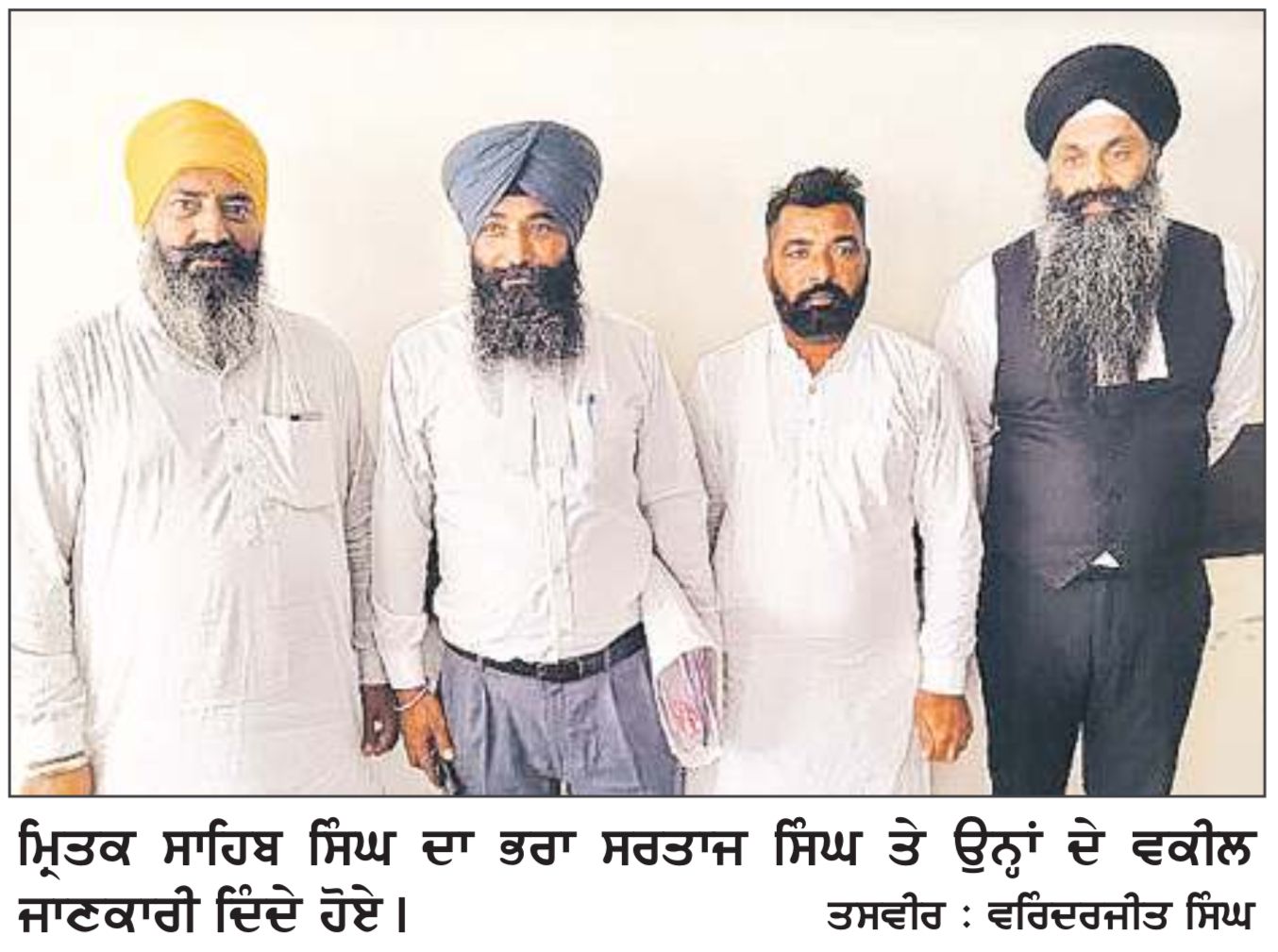 CRIMES AGAINST HUMANITY IN PUNJAB:

Punjab police had unleashed the region of state terror against civilian Sikh population of Punjab during this.

Thousands of Sikhs, mostly youth, were eliminated by Indian forces during the 1980s-90s. The black deeds of Punjab police also find mention in US diplomatic cables leaked by Wikileaks.

The culprits of crimes against humanity have escaped the due process of law as a result of impunity policy of the Indian state. Accused cops have enjoyed political patronage and they were awarded with promotions and high ranks. A large number of cases of crimes against humanity went unrecorded and unaccounted. Only a few cases were registered but in those cases too, inordinate delay in legal process has resulted in grave injustice.

In Mohali, Special CBI courts are trying some of the cases related to crimes against humanity committed by Punjab police officials. Most of the incidents date back to the late 1980s or early 1990s. These are a few cases that were handed over to the CBI for investigation. The CBI had completed its investigation in late 1990s and cases were registered against accused cops. The trial process had remained stayed by the Supreme Court of India for 14 years. The SCI had imposed a stay on trial back in 2002 and the apex court of India took 14 years to decide a petty technical issue. The stay was lifted in 2016.

CRIMES AGAINST HUMANITY & GENOCIDE ARE NOT CRIMES in INDIA: