New Delhi:  The wait for long pending demand of the Sikhs to implement Anand Marriage Act will soon be over as the city will soon go ahead with implementation of the act in a week’s time. The Sikhs would then be able to get its weddings registered under the Act. 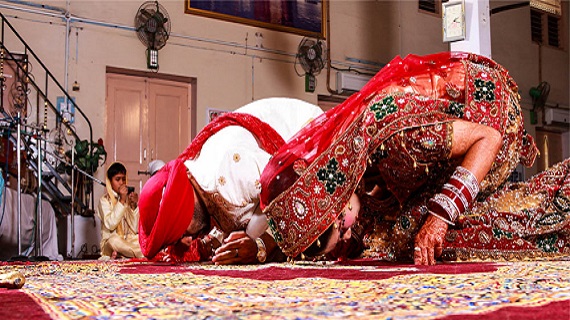 In a statement issued by the Delhi Sikh Gurdwara Management Committee (DSGMC) general secretary Manjinder Singh Sirsa stated that he had taken up the matter with Delhi’s Lieutenant Governor Mr. Anil Baijal  and apprised him of the status of the act passed by the President and lack of its implementation in Delhi. He said that he was thankful to LG Mr. Baijal who understood the gravity of the situation and ordered its implementation immediately.

Furthermore, it was stated that the file pertaining to the act has been send by  Lieutenant Governor’s  (LG) office to Divisional Commissioner now it has been sent to Secretary Law after approval and Secretary Law is likely to clear the file in next two days and sent it back to LG. He said that after the approval of LG act will come into force in Delhi.

The demand for the implementation of the act is more then a century old and dates back to the year 1909 when the first demand was made by the Sikhs. Since then the Sikhs have have fought and carried out a long legal battle to get this act enacted and implemented. The act was signed by the then President of India Pratibha Patil in the year 2012 and all the states were asked to implement it.

Further in the statement Manjinder Singh Sirsa stated that now the issue of its implementation will be taken up with the Chief Ministers and Chief Secretaries of different states and have also written letters to them in this regard. He said that yesterday he had met Assam Chief Minister Mr. Sarbanand Sonowal had assured him that this act will be implemented in Assam soon. He said that this act has already been implemented in Haryana and Punjab.