Chandigarh: The Government of India (GoI) on Sunday extended a fresh invitation to Punjab’s farmers’ unions, who have been protesting against the new farm laws, for holding talks on issue on October 14. The invite is extended in second time with in a week. 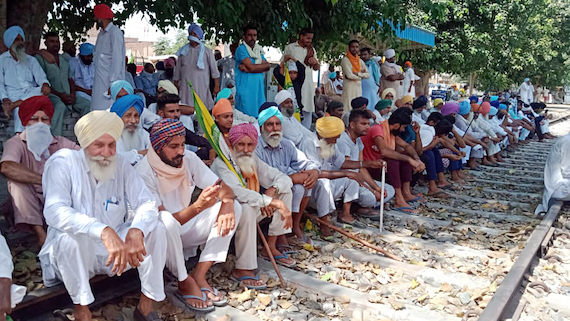 The protesting farmers’ unions have said that they need some clarifications before deciding their move on the invite. They said that a decision on whether to accept the invitation will be taken at a meeting in on October 13.

⊕ Must Read: Struggle Should Be For Right To Price Determination, Direct International Trade and Right over Natural Resources: A Joint Statement

“We have received an invitation for a meeting on October 14. Though the invite has come from the Union agriculture secretary, it mentions that the central government wants to talk to farmers. The farmers’ unions will decide whether to go to Delhi for talks in a meeting slated for October 13,” said Jagmohan Singh, general secretary of Bharatiya Kisan Union (Dakaunda).