Amritsar Sahib: The Shiromani Gurdwara Prabandhak Committee (SGPC) in its first renovation of its headquarter building ever since the Indian Army’s invasion of Darbar Sahib complex in June 1984 has decided to preserve the bullet marks on the building known as Teja Singh Samundari Hall. 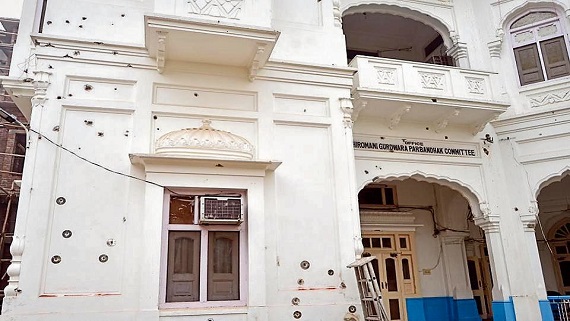 Bullet marks on the facade of the Teja Singh Samundari Hall building preserved with metallic circles after the renovation. (HT Photo)

Most bullet marks have been preserved inside metallic circles, only a few are left to be covered. The bullet marks that riddle the front walls at the entrance to the hall and elsewhere, have been preserved as the building is vital evidence in the ₹1,000-crore compensation claim that the SGPC is fighting in the Supreme Court of India (SCI) against the Central government, media reports said.

“Preserving these marks was the need of the hour. So, any renovation is done with advice of experts,” Roop Singh, secretary, SGPC reportedly said.

Unfortunately, the SGPC has ascribed and limited those bullet marks merely as an evidence to extort money from Indian state, whereas it has completely ignored that fact that these bullet marks are left reminisces of that horrific events that the Sikhs has to endure.

The SGPC has presented photographs and news articles about army invasion and the destruction of some of its buildings before the court. 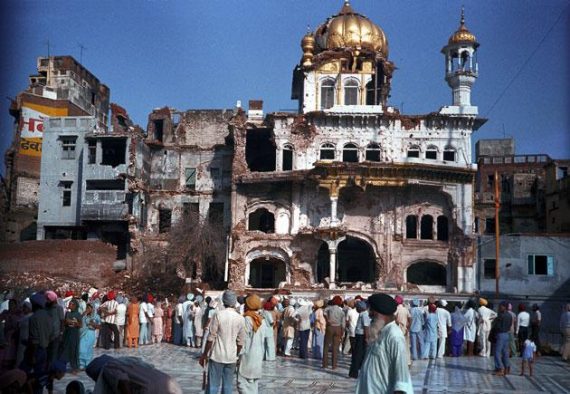 The photographs of the demolished Akal Takht Sahib building; photographs of some of the bullet mark son some of the buildings in the main shrine complex, including the Darshani Deori, the library and several others buildings have also been submitted, reads a quote from a report published in an English vernacular.

As per the SGPC, rare manuscripts, historical documents and sacred articles preserved for centuries by Sikhs were destroyed by the army and central forces, notes Hindustan Times (HT).