Melbourne: A press conference was  organized to promote and endorse the 1st Sikh International Short Film Festival Australia (SISFFA) was held at the Atomic Restaurant in Williamstown, Melbourne on December 3 and attended by over 50 representatives of the local media, local film industry and other guests. 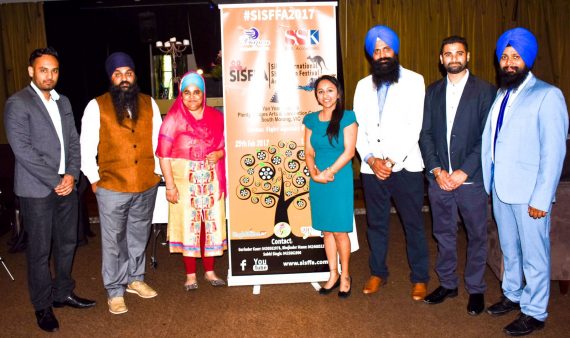 The idea of this Film Festival is a collective effort of KickDrugs, SinghStation & Australia vich vasde Punjabi teams. The aim of SISFFA is to encourage Independent film makers to create innovative works that touch on Sikh themes and social issues of the society.

According to SISFFA organizers, the festival will produce films focussed on educating the society against various social evils and further added that these short movies will be used to educate students in Schools of Punjab.

Rana Ranbir a noted actor of Punjabi Film Industry would be presiding as the first judge of the festival.

The three best films will receive cash prizes of $2000, $1000 and $500 respectively. More information including the terms & conditions of the website are available at SISFFA website www.sisffa.com

The event will be held on 25th Febraury 2017 at Plenty Ranges Convention Centre in South Morang.