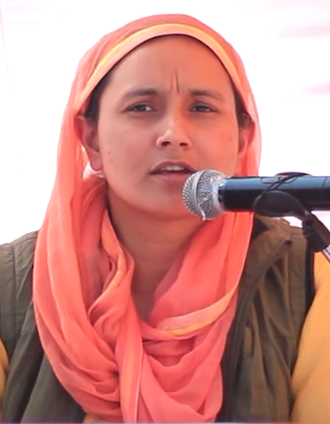 This writing summarizes the views of Vandana Shiva that she has expressed in her book Staying Alive. It is a well written book on the basic issue of ecology. A beginner can learn a lot from this book about the actual situation of soil, water, green revolution etc. It also highlights some aspects of agriculture which can astonish a common reader easilyIn the book, Vandana Shiva tries to explore the relationship of nature/Women and developments/Science. She calls development a new project of western patriarchy. The desire of progress guided by science and development began to destroy life without any assessment of how fast and how much of the diversity of life on this planet is disappearing. The earth is rapidly dying : her forests are dying, her soil, water, air is dying. She further explains that colonialism is a constant necessary condition for capitalist growth. For this capitalist growth the natural resources are presented as UNDEVELOPMENT or unexplored potential. A stable and clear river is not a productive resource in this view, it needs to be developed with dams in order to become natural forests that remain unproductive till they are developed into monoculture plantations. In other words, The work that does not produce profits and capital is considered unproductive work. Third World women’s work is also being analysed through this lens.

Shiva draws a difference between poverty as subsistence and misery as deprivation. Cultural perceived poverty need not be the real material poverty. But the ideology of development declares those people poor who do not participate in the market economy. People are seen as poor if they live in self built houses made from natural material, like bamboo and mud rather than cement houses. The home made material does not imply a low physical quality of life. On the Contrary, The home made material is far superior whether it is eatables or homes. The development projects destroy sustainable lifestyles and create real material poverty. Cash Crop production and food processing takes land and water resources away from those people who primarily depend upon them. In other words, this new poverty is no longer cultural and relative : it is a great threat to the very survival of millions on this planet. 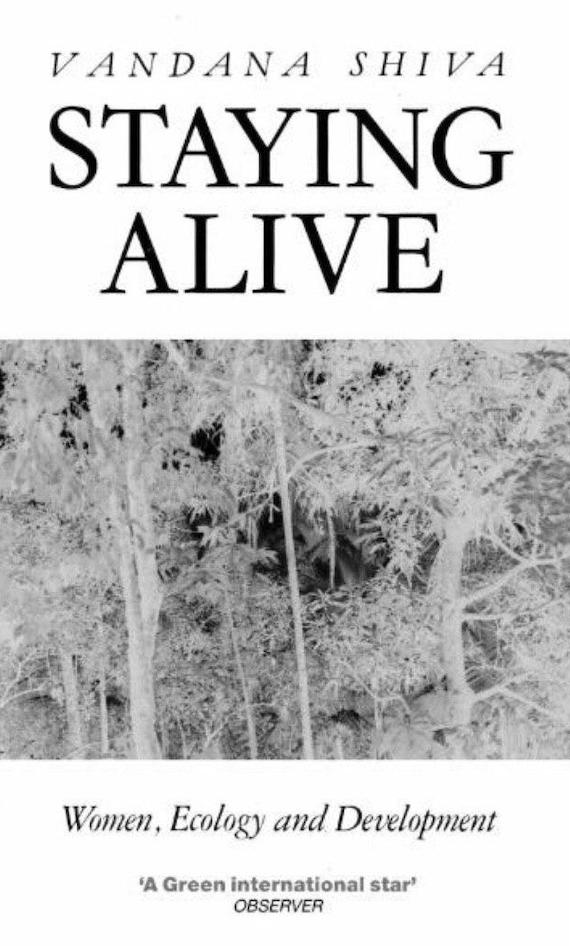 Modern science is a response of few men, it is a project of western man which came into being as scientific revolutions. Nature no longer remained as mother nature. Now it is female, who can be conquered by an aggressive masculine mind. This is also called the development process. It can only be done through political support from the state. She further gives an example how the development process ruins some regions. The development of Africa by western experts is the primary cause for the destruction of Africa. Natives of Africa had survived over centuries with this ecological evolved indigenous knowledge system. They conserved it for centuries and western experts and knowledge destroyed it in a few decades.

In certain areas, there is a possible return to ecological thought. The practice of breast feeding had been discredited by the baby food industry. But now this practice has become appreciated again. Sustainable organic farming is also on its way back.

Productivity, From the perspective of survival is sharply different from the perspective of capital accumulation. Man, who is producing commodities using some of nature’s creation and women’s work as raw material, becomes the only legitimate category of work. Nature and women are declared unproductive. The devaluation of nature’s work led to ecological crises and de-recognition of women’s work has created sexism and inequality between men and women. The Solution of this crisis lies in the category of those who are victims of this process and also in a position to become leaders in creating new intellectual ecological paradigms.

Rabindranath Tagore writes in Tapovan ‘India’s best ideas, have come where man was in communion with trees and rivers and taken away from the crowds. For the tribes of central India : Forests are the main resource of survival. They collect flowers which are eaten raw and cooked or dried, ground and mixed with flour for mating. A thick white oil extracted from seeds is used for cooking and burning and sold for the manufacture of soap and glycerine. But when the British colonized India, they first colonized her forests. They started the scientific management of forests. It is basically the erosion of the forest and of the rights of local people. The same tradition continues in the contemporary era also. She further gave the example of the Chipko Movement how they sacrificed their lives to save the forests. Women played a very important role in this movement.

Another crisis, known as ‘Social forestry Project’, fell upon the forests. This project is a good example of single species, single commodity, production plantation. This project divorce forestry from agriculture and water management and is seen through the lens of capital. So plans were made to sponsor the social forestry in Kolar Distt. of Karnataka, Experts said the indigenous

knowledge is unscientific, So to the local trees were declared useless because it does not support the market and eucalyptus was considered more beneficial because it could be used as raw material. Karnataka has already lost more than 13 percent of the agricultural land to eucalyptus cultivation. It certainly increased cash and commodity flow but destroyed the local eco-circle. It did not suit the ecology of that region. But in 1983, the women and small peasants organized a march and pulled out millions of eucalyptus seedlings and planted tamarind and mango trees. This protest challenged the domination of the forestry science that had returned all species to one (the eucalyptus) , all needs to one (that of the pulp industry) and all knowledge to one (that of the world bank or forest officials).

Green revolution is seen as a boon for society. On the contrary, it is a curse. It is a western project which is unable to understand and maintain the line between agriculture, animals and humans. The founders and followers of the green revolution saw these three as separate and independent entries. Agriculture is reduced only to cash crops and all diversity is eradicated. Animal husbandry is reduced to the produce of milk for the dairy industry. Organic inputs from forests and animals are no longer seen as necessary to soil. Agriculture follows the path of green revolution to yield more and more and start to use high yielding variety seeds . Though it marks a great increase in production, but it extracts a large number of nutrients from soil. The little earthworm working invisibly in the soil is actually the tractor, fertilizer factory and dam combined. But it was never seen as a worker in scientific agriculture. The miracle seeds that are used for rich production, can absorb three or four times the amount of fertilizer that traditional varieties do. Virus diseased did not exist in India prior to 1962-the came in with the revolution in the field of seeds Shiva says that Green revolution made mockery of two beautiful words; neither it is green, not it’s revolution.

Sometimes it is said that biotechnology would solve the problems created by the green revolution. But it is also another part of the development process that will support only commercialization. The Green Revolution is one of the main reasons for the death of soil. Except all this, she also discussed the situation of rivers and dam industry, water shortage etc.

* Harbeer Kaur works as an assistant Professor in Department of English at Malwa College, Bondli, Samrala. She has published many papers and one book and is doing research in the field of ecology.