As per information available with the Sikh Siyasat News (SSN) the incident took place at BaljinderKaur’s native village Jagaram Tirath. 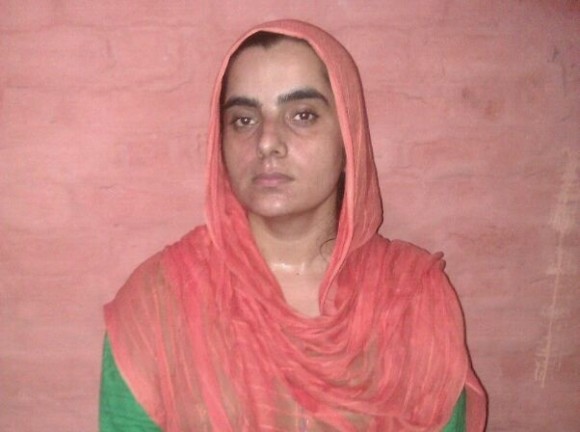 Punjab Timeline has quoted undisclosed sources as saying that SGPC member Gurdial Singh Koliyanwali and his supporters were distributing money to woo voters in the village and on knowing it, Baljinder Kaur and her supporters rushed to the spot and objected to the distribution of cash.

During a verbal dual, SGPC member and his supporters attacked Baljinder Kaur with sticks while her driver tried to defend, he was injured seriously. Baljinder Kaur received injuries on her hand.

Talking to Punjab Timeline, Bibi Baljinder Kaur narrated, “I was returning from Gurdwaras Sahib alongwith my driver today morning and I saw SGPC member and his supporters sitting in the village. I called up to SDM Skattar Singh Bal and DC Bathinda and asked them to stop SGPC member from luring voters by distributing money and waited for over half an hour but nobody came to stop him”.

“Then I decided to talk him myself and reached near him. I exchanged Fateh (Waheguru ji ka Khalsa…Waheguru Ji ki Fateh) and then requested him to vacate the village and follow the law and order”, she added.

“No law and order for us….We are ruling”, he answered very rudely and then a verbal dual started.

She further added that they called more supporters and two cars came carrying Akali youths, who were holding revolvers and other weapons in their hands.

The AAP leaders and supporters have staged a protest outside Talwandi Sabo police station but no high ranked police officer or the administrative official came to meet her.

The national leadership has decided to meet Election Commission this afternoon and will hold a press conference in New Delhi.