Amritsar: The Shiromani Gurdwara Prabhandak Committee has imposed restrictions on the press coverage of 6 June Ghallughara Samagam from the Parikarma of Darbar Sahib. SGPC’s “chief secretary” Harcharan Singh has written a letter to the Deputy Commissioner of Amritsar informing him that the SGPC has decided to impose ban on any sort of press coverage from the Parikarma of the Darbar Sahib. He maintained that the “interference of the press reporters and journalists, video graphers during Ghallughara June 1984 samgam” hurts ‘Sikh feelings’. 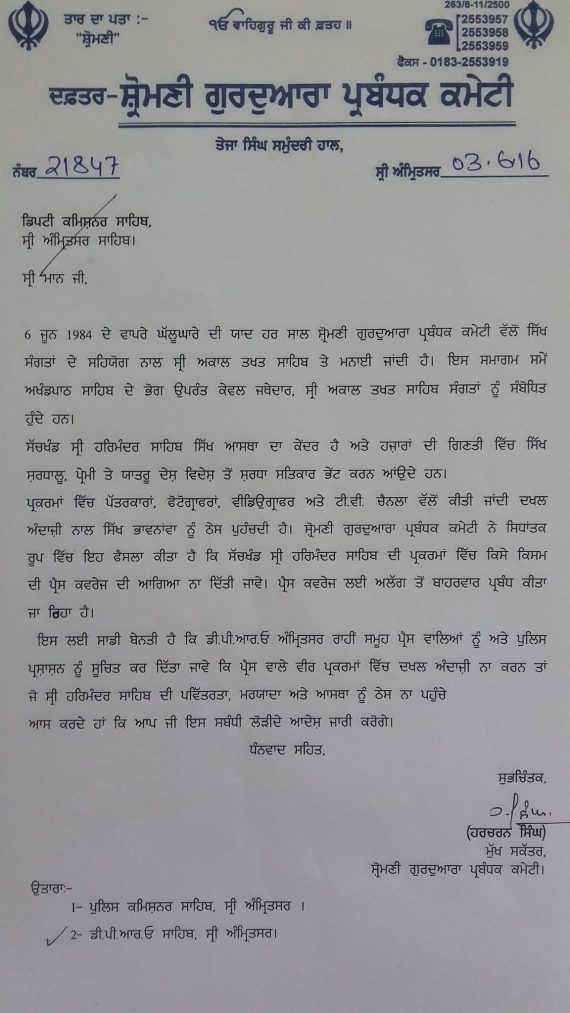 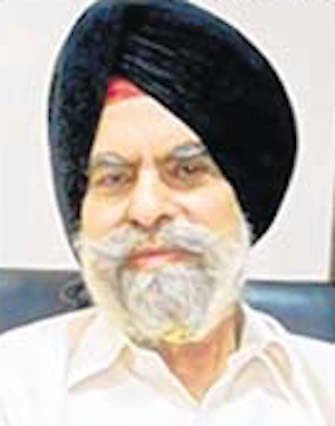 He said that “special arrangements” will be made for the press coverage of the samgam outside the Parikarma.

SGPC chief secretary also requested D.C. to issue necessary directions for the press and the police administration through Punjab government’s Department of Public Relations in Amritsar.

He said that the press reporters etc. should be directed to refrain from causing any sort of “interference” inside the parikarma.

Notably, the SGPC and Punjab government is making efforts to fully ‘control’ the Ghallughara Samagam.

The police have been conducting raids to arrest other Sikh leaders and activists who have reportedly gone underground.

Sikh groups have criticised such moves by the SGPC and the Punjab government alleging that such moves were aimed at striking the masses with “fear psychosis”.